The fourth and final round of matches was played on Sunday at the AJN Stadium with the home side just two points clear of three-times champions Weston.

Their first match against Weston’s second string the Reds, was a close affair but they edged a 1-0 victory, whilst Weston Whites had been held to draw by Frome. With Keynsham’s lead now four points they faced Frome themselves and gained another narrow 1-0 win.

The crunch match was third up. A win would ensure the championship but, even with Weston Whites reduced by a player for the final two minutes, they were held to a 0-0 draw. That meant victory against Peasedown would clinch the title and Keynsham quickly rushed into a two-goal lead. A later defensive slip let Peasedown back into the match and gave the numerous home supporters some nervous minutes. However, a late third goal sealed the win that the home fans had been cheering for.

The final game against Frome ended 1-1 but Keynsham were already champions by then. Aaron Clements of Somerset FA presented the trophy to the home team in front of their supporters and a difficult Covid-interrupted season had finally come to an end. 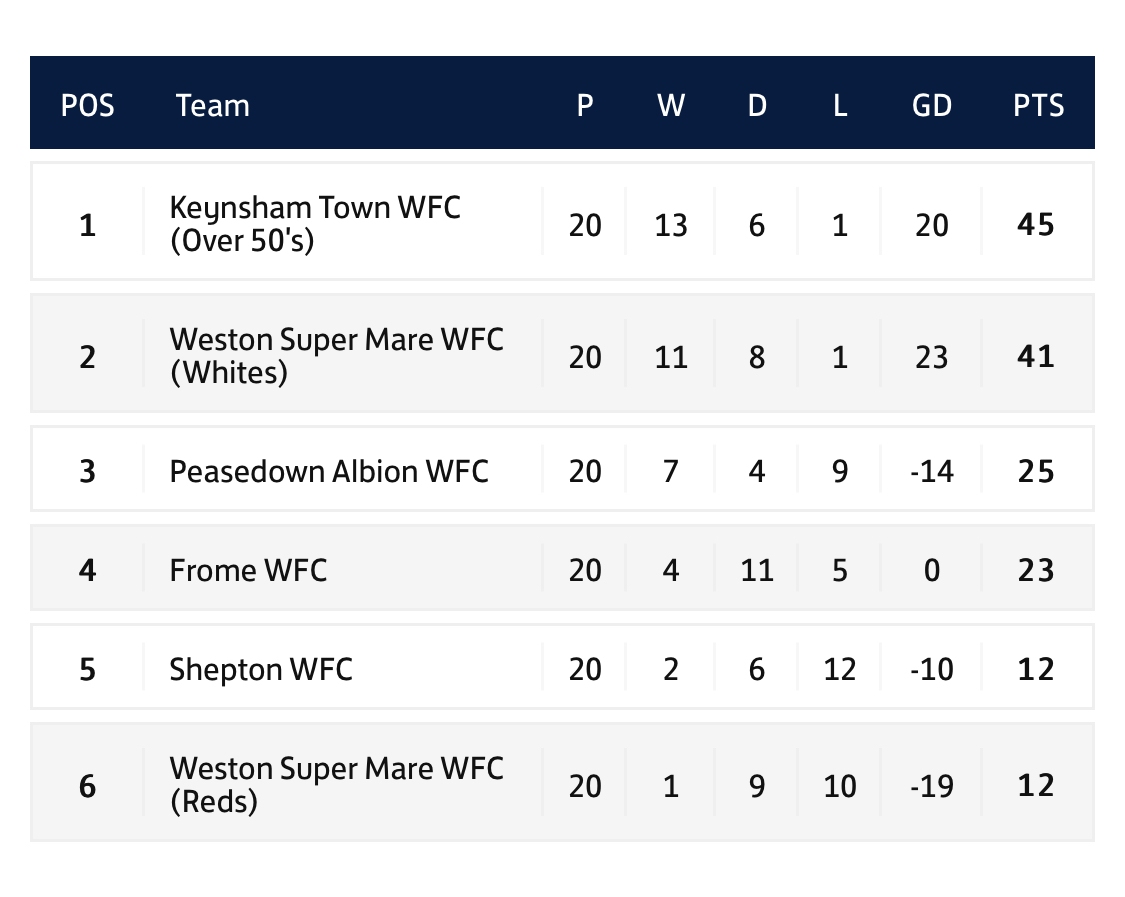